While 2022 was good overall for the real estate sector, market demand started to decline in the third quarter and at the end of the year, autumn brought with it a pre-ice age cold spell, with market activity falling by a third. The wintry cold spell will certainly continue in both the first and second quarter of the year, but the economy should start to recover in summer. However, there is no reason to hope for a rapid recovery. Rather, the situation will stabilise in the second half of the year and in 2024 we will start to see signs of activation in the general economy and the real estate market. When making plans for the longer term, people should look ahead to 2024, making wise and reasoned decisions and taking advantage of the good opportunities for 2023.

In spite of a number of factors that promise a soft landing instead of a big and painful fall, the real estate market has recently been portrayed in quite a negative light. It is certainly worth keeping an eye out for good buying opportunities, but unfortunately a major price shock cannot be expected in this crisis, and the price drop may be marginal, estimated at up to 15% depending on location and property. Considering the current situation, there is no fundamental reason why the prices should decrease more drastically.

Transaction statistics show a major cooling and fall of the market, so why are the prices not following suit?

First, I need to explain the specificities of real estate statistics. It is common in real estate development for apartments sold a year to a year and a half ago to be completed in the fourth quarter, i.e. apartments whose purchase (including price) was agreed in the conditions of economic growth. Since the transaction is included in the statistics after the development is completed and the real right contract is signed, the current statistics show us prices from a year to a year and a half ago. Therefore, the data for the fourth quarter of 2022 do not provide a true overview of the real estate market. The market will be very reserved in the first half of 2023, with no large developments being completed in this period. Therefore, the first and second quarter of 2023 will show a large statistical decline in market activity compared to the same periods of the last two years. However, when comparing data, it should be noted that January and February 2022 were unusually active in the real estate market.

Although the market has cooled, here are 10 reasons why there may be no major price drops in the real estate market:

The labour market is strong and wages continue to grow rapidly.

The increase in population, primarily caused by the influx of Ukrainian refugees, continues to increase the housing demand.

Construction prices are on a downward trend, but to a large extent this just means lowering the quotes that were previously inflated due to uncertainty. It should also be noted that the war in Ukraine has disrupted many supply chains, making the manufacture of construction materials more expensive than before. Even if material manufacture in Ukraine recovers, most of it will be used in the future to rebuild the country. Therefore, the temporary marginal decline in construction prices may be replaced by a price increase in the near future.

The shortage of qualified builders continues. Foreign construction workers, primarily from Ukraine, significantly helped alleviate the labour shortage in the construction sector, but since the start of the war most of the workers have left to protect their homeland. Even after the end of the war, most of them may not return to Estonia because rebuilding their country will be the priority. Therefore, we will have to manage with a limited labour force in the future as we did in 2022, and there is reason to believe that labour costs will also continue to increase in the future.

In recent years, approximately 80% of real estate developments were performed by large, well-capitalised real estate developers. None of them will sell developments at a loss, but rather rent out unsold completed apartments for a certain period. True, there are marginal discounts or promotions (e.g. the kitchen, storage room or parking space are included in the price), but this is a normal part of the market in a competitive situation.

There is no oversupply in the real estate market. Developers’ stock is optimal. They act rationally and, depending on the development, start construction with 30–50% of customers already found. Due to a lack of interest by clients, the development of several large projects has been halted and construction will continue only after demand is restored. This could lead to a deficit in the market after a year or a year and a half, which will prevent the prices from dropping.

Although inflation will continue to increase, it will not do so as fast in 2023 as before. Eesti Pank estimates that inflation will be slightly below 10% by the end of 2023, which will be reflected in the long term in real estate as well. Not this year, but we can expect the real estate market to recover in 2024.

The share of household savings remains high. People have the means to buy new real estate, but have rational reasons for postponing their purchase, which is both expected and reasonable given the current situation. Compared to the economic crisis of 2009–2010, people did not have any savings, which led to a favourable situation for fire sales, which in turn caused a rapid decline in prices.

Banks are still prepared to finance real estate purchases. During the previous crisis, the main lenders in Estonia were large foreign banks who pulled out of the market very quickly and virtually no one obtained a loan. In addition to foreign banks, the market currently includes several local banks that are willing to finance both business projects and real estate purchases. Although it is worth mentioning that getting a loan has become more difficult and not everyone can get one.

What next and how long will interest rates continue to rise?

Just a year ago, no one could have predicted that current Euribor would be nearly 3%. The European Central Bank has made it clear that the Euribor will continue to increase until inflation reaches its target of 2%. People need to understand that it is not possible to decrease inflation at the same rate as it increases. According to various forecasts, the Euribor will be between 3% and 3.5% by the beginning of summer. It is true that there is speculation that the European Central Bank may increase the Euribor as high as 5%, but there are some large European countries with a lot of debt that would default in the event of high interest rates. This gives reason to believe that any increase in Euribor above its current level will be marginal and it will slow down by the middle of the year and stabilise or decrease in the second half of the year. Money has not gone anywhere, its supply is just not as quick or cheap compared to recent years. As the economy stabilises, money is injected back into the market and transactions are made, meaning one scenario could be a rapid recovery and growth, as the money is there.

However, it is worth pointing out concerns that could affect the positive scenario:

The Swedish real estate market is currently in significant decline, which could impact us to some extent through foreign banks.

Whatever happens in world markets has a direct effect on us. For example, if our export partners do not perform as expected, the export rate of Estonia will continue to drop.

The war in Ukraine and Russian aggression – we must hope that no events take place which would cripple the regional or global economy and threaten our security.

Overall, it is great to see that people are thinking through their purchases and want to get through the winter period before making major decisions, thus being more likely to postpone purchases. However, it is worth keeping in mind that the window of opportunity to purchase real estate at a good price will probably be in 2023, as the market is likely to recover next year, which will cause the prices to stabilise or even increase due to a shortage of developments or other reasons described above.

This opinion piece was also published in Delfi Ärileht. 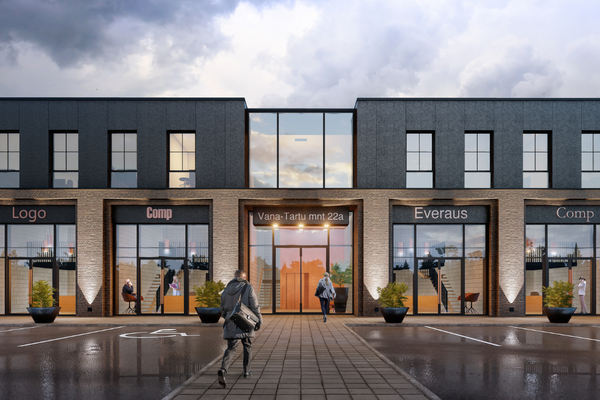 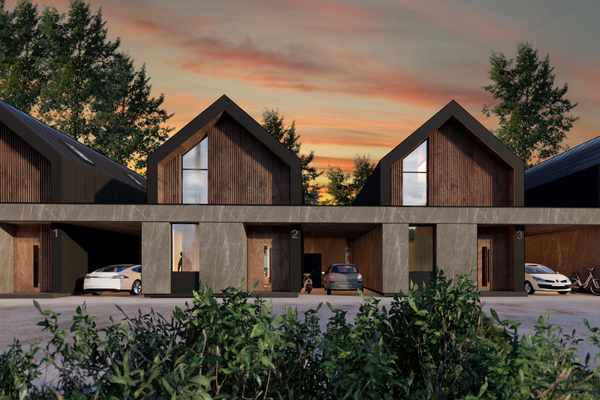 Registration for Kangru Homes has begun!

Detached houses and first-class terraced houses will soon be on sale in the esteemed Kangru residential area, shaded by tall trees. Registration is open! → Read more 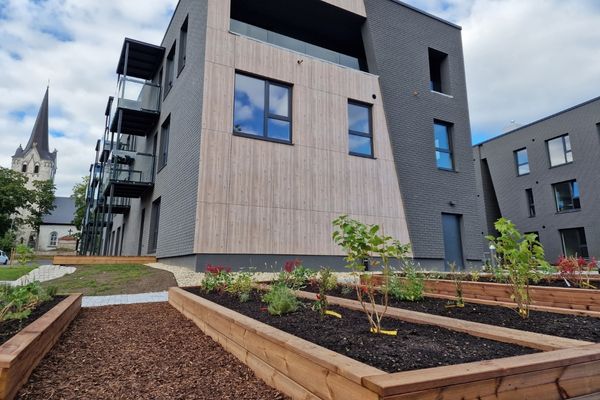 Kinnisvarauudised.ee: The exterior space is as much a part of home as the interior space

Home buyers expect more and more integrity from real estate developers: in addition to the interior spaces, the exterior space – the landscape surrounding the home – must also be thoughtfully designed. A complete and user-friendly living environment is becoming a new standard. ‘This is also what the local municipality expects from the developer,’ Raadius Arhitektid, Everaus Kinnisvara and Merko jointly note. → Read more